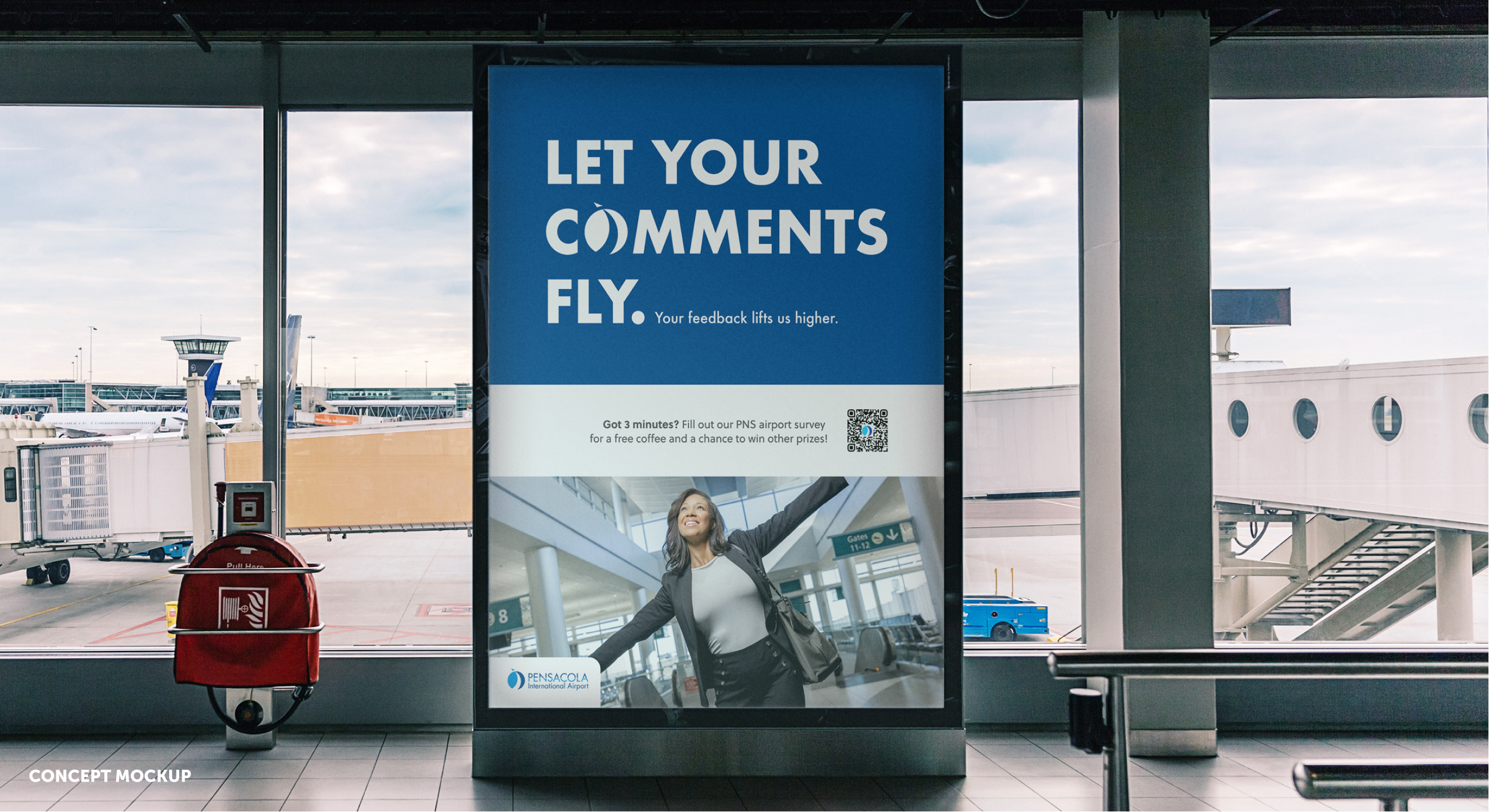 How do we engage Pensacola International Airport passengers and community members in voicing their current perceptions of PNS and engage these key stakeholders in shaping the future of the airport?

In 2020 Pensacola International Airport (PNS) engaged the idgroup Brand Reputation Research team as part of their larger marketing and communication efforts to understand a baseline of current passenger and community perceptions of the airport. With new expansion plans on the horizon and rising passenger numbers, the leadership team needed to understand what the current perception strengths and weaknesses were and to be able to track major changes overtime.

By taking a deep dive into real-time passenger perceptions and qualitative responses, we can inform key leadership, operational, marketing and PR teams with data to assist in triaging immediate problems, anticipating future issues, highlighting customer experience (CX) successes, quantifying customer satisfaction and engaging the public in voting for new features for the further development of PNS.

The campaign, “Let Your Comments Fly” was developed and launched within the airport with custom designed wall/window graphics, posters, floor stand ups and decals throughout the ticketing and terminal areas to catch passenger attention and drive responses to the passenger experience survey.

The campaign consisted of a branded passive survey via a QR code that directed users to a custom Limelight Performance engagement survey taken on their own device. The QR code was displayed on “Let Your Comments Fly” campaign graphics throughout the airport, a PNS Wifi link, and geofenced digital advertising targeting enplaning and deplaning passengers.

The data was collected to provide information on passenger satisfaction, experience with PNS facilities, services, staff and amenities and the Fly Easy Promise. Net Promoter scores were also collected to provide baselines for future improvements as well as an open comments section.

In 2022, the campaign was expanded to include an online Community Perception Study to broaden the reach of the campaign to include local citizen perceptions within a one-hour radius of the airport. This 2-month digital campaign targeted local previous and potential passengers from Mobile to Pensacola to Fort Walton/Destin to understand perceptions of PNs KPI’s and specific questions around competitors and competitive positioning.

For their participation in the survey, respondents were entered to win a roundtrip complimentary flight for two from Pensacola to Nashville. At the completion of the campaign, a winner was randomly chosen, invited for a photo-op at PNS and presented with their winning voucher. 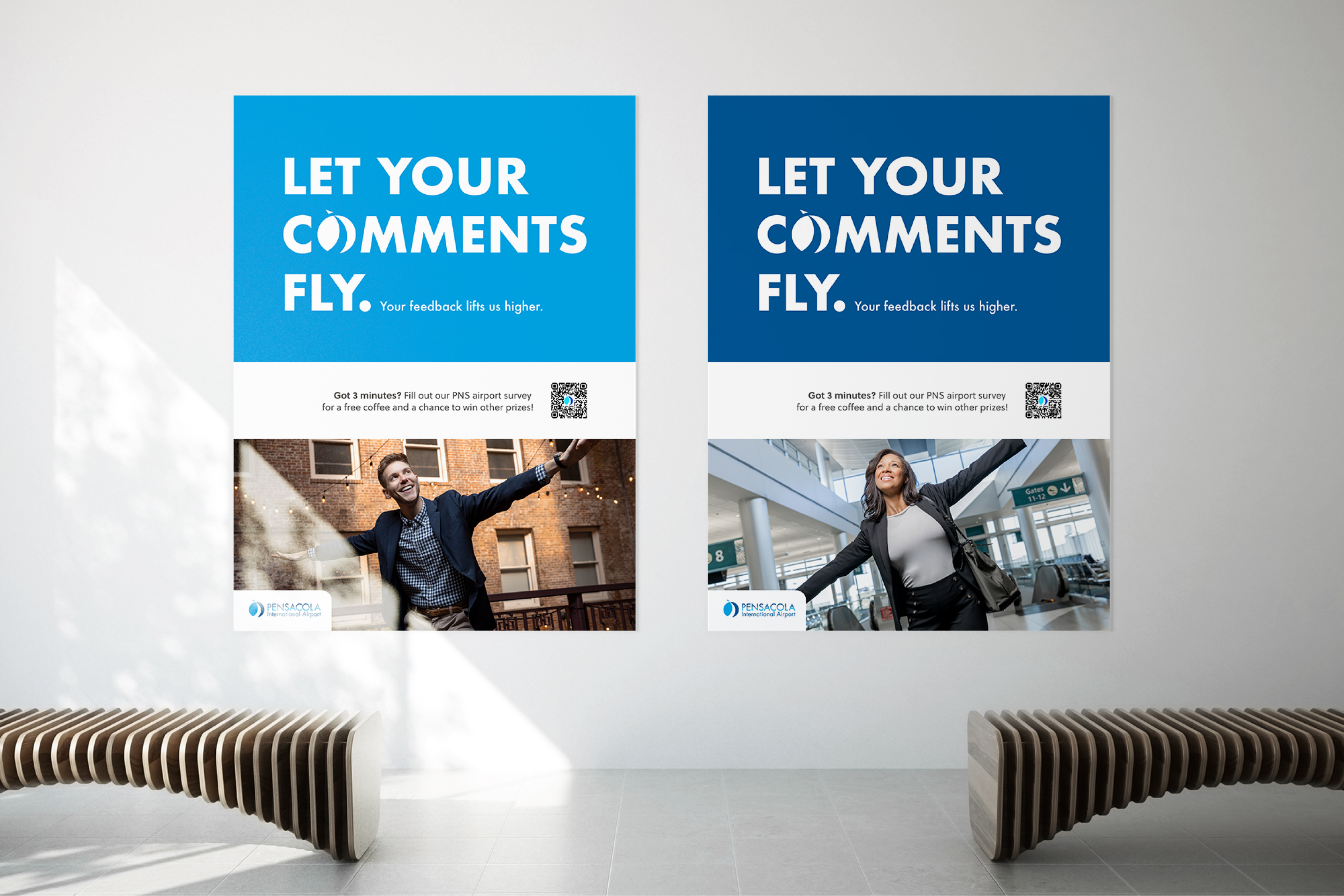 In total, three on-ground passenger perception studies have been conducted and one community perception survey. More than 3,000 responses have been collected and analyzed throughout all four studies. After the completion of each campaign, a comprehensive report was produced for leadership with an analysis and recommendations. Key areas of focus included:

With these insights, leadership has been able to prioritize the top focus categories for passenger satisfaction and use the data to inform facility and vendor improvement plans. Custom reports were designed with leadership in mind to be able to easily extract various data points and charts to use in discussions with key partners, air services teams and local government. Data has also been used to inform strategic planning initiatives and terminal expansion plans. 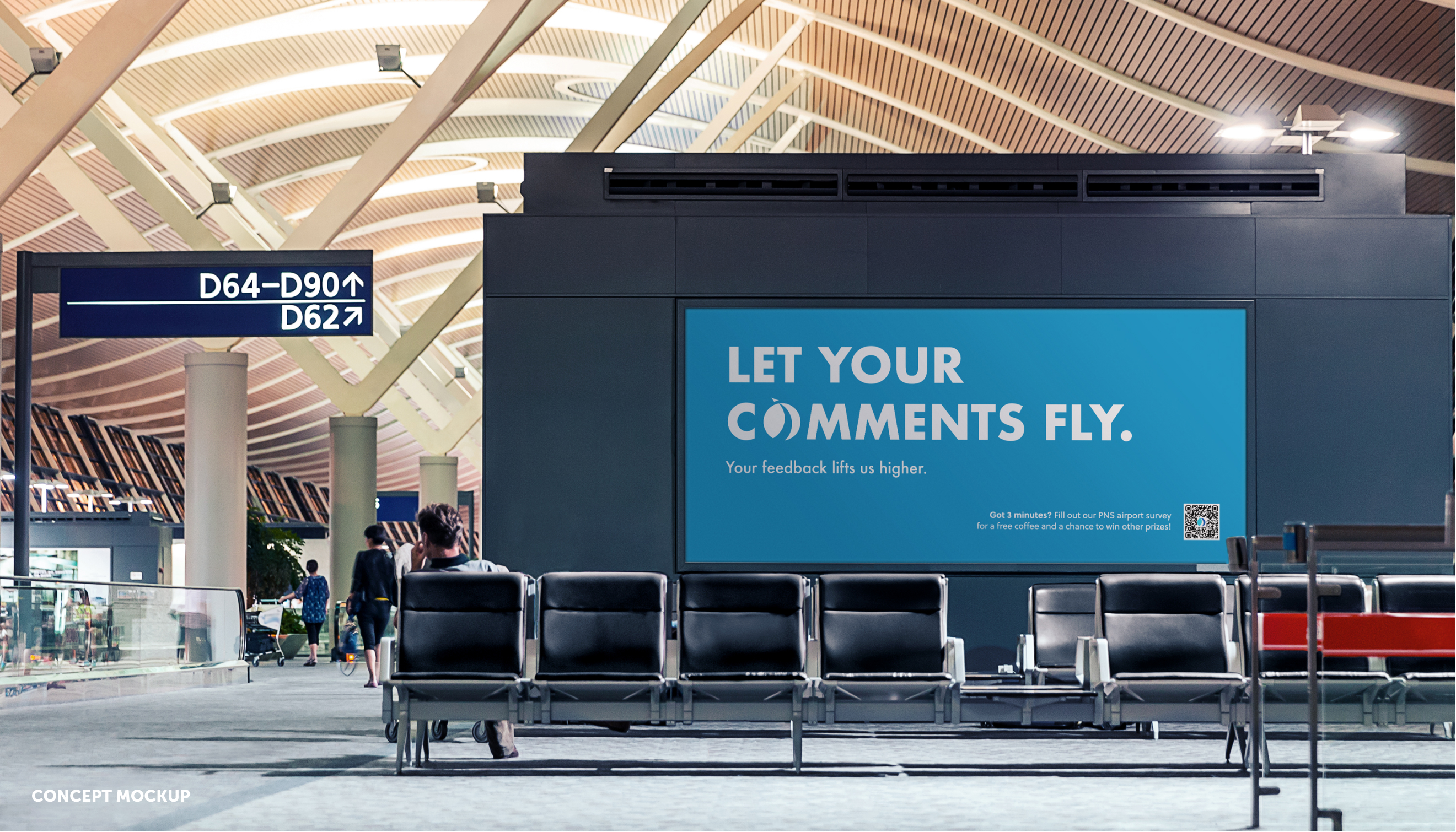 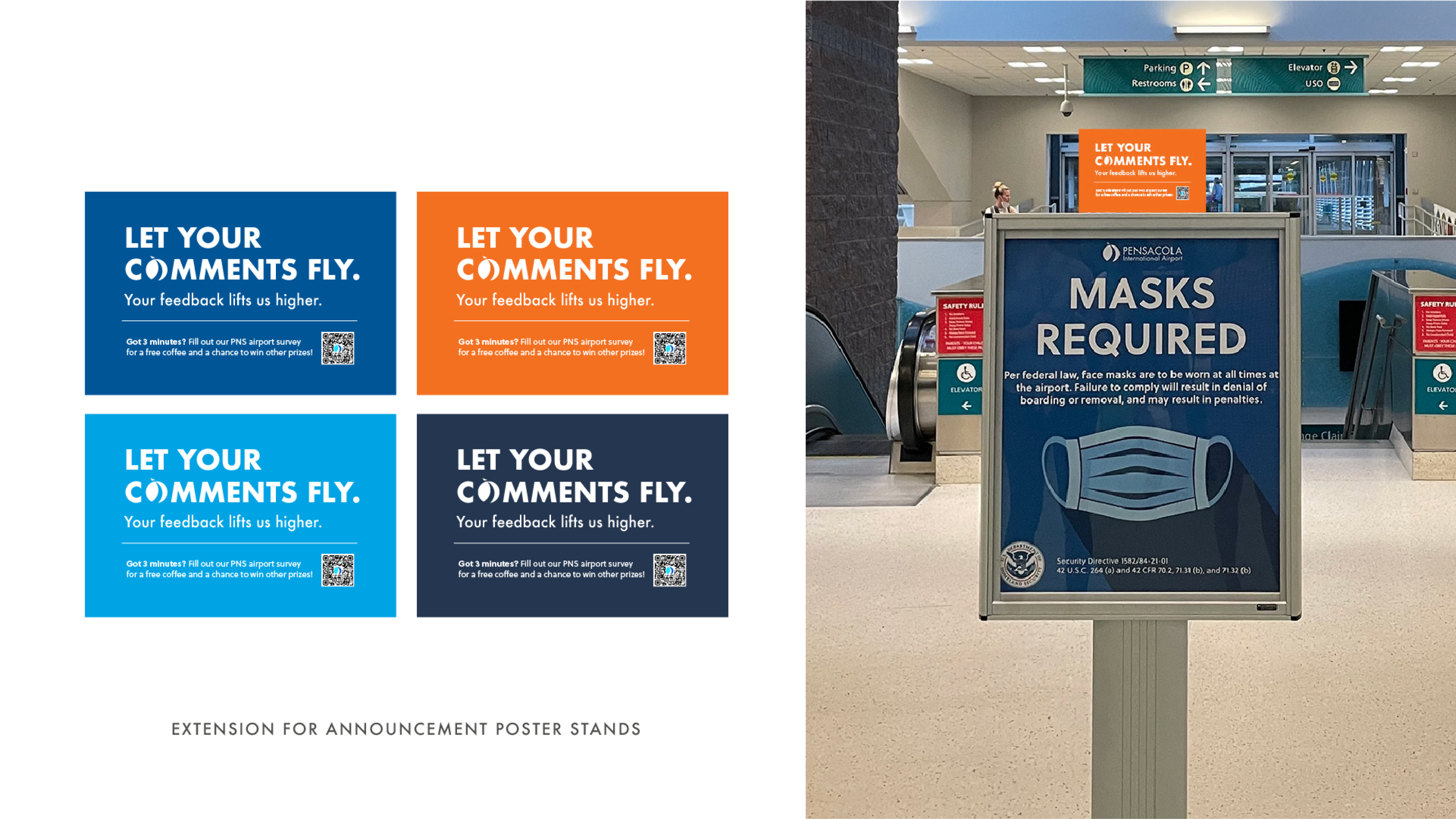